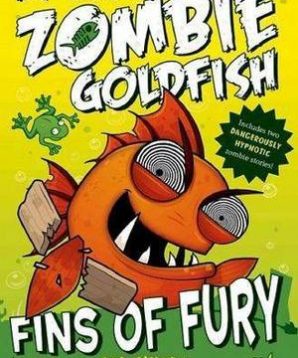 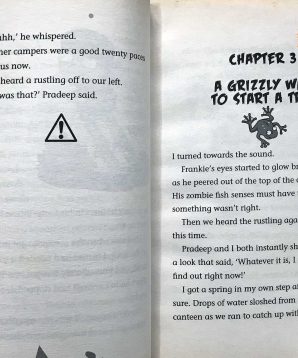 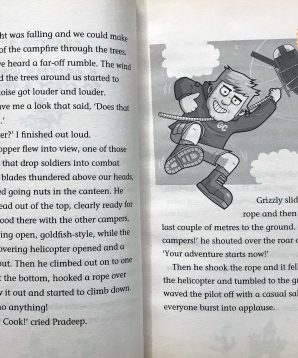 When Tom zapped Frankie the goldfish back to life with a battery, he certainly didn’t expect him to become a BIG FAT ZOMBIE GOLDFISH with incredible hypnotic powers. But it turns out that a zombie goldfish is a great pet to have on your side when your big brother is an evil scientist whose plans need to be thwarted.

There’s something fishy going on in the woods, as Tom and his best friend Pradeep take Frankie on a camping adventure. Could the Beast of Burdock Woods be real?

Then, something weird is going on with Mark. He’s actually being nice! Meanwhile, paranormal pets (including a teleporting tortoise, a mostly invisible poodle, a levitating budgie, and a vampire kitten) are missing all over town. Can Tom and Pradeep find out what’s going on before Frankie disappears?