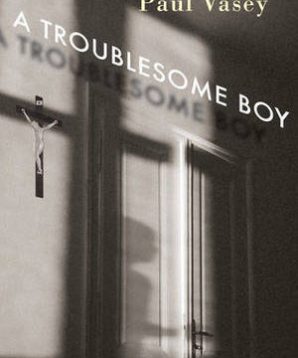 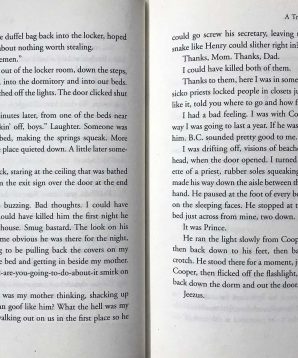 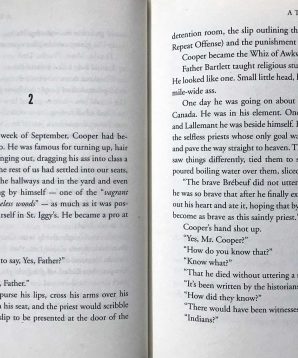 Teddy can’t believe how fast his life has changed in just two years. When he was twelve, his father took off, and then his mother’s creepy boyfriend, Henry, moved in. But adults make all the decisions, especially in 1959, and when Henry decides to send Teddy to a boarding school in the middle of nowhere, there’s absolutely nothing Teddy can do about it.

St. Iggy’s, it turns out, is run by the Catholic church, and is something between a private school and a reform school. Teddy becomes best friends with Cooper, a scrawny, wisecracking, poetry-loving kid with a home life even worse than Teddy’s. The boys get by for a while on their wits and dreams of escape, in spite of the priests’ determination to crack down on any hint of “troublesome” behavior. But as the months pass, the beatings, humiliation and hours spent in the school’s dreaded “time-out” rooms take their toll.

Then one of the new priests, Father Prince, starts to call Cooper to his room at night, and Teddy watches helplessly as his friend sinks into his own private nightmare, even as Prince targets Teddy himself as his next victim.