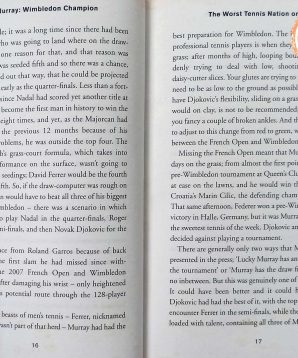 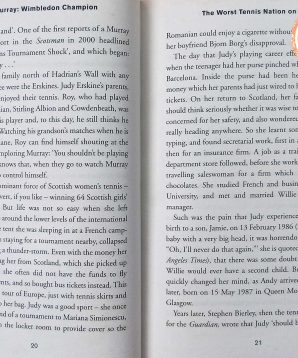 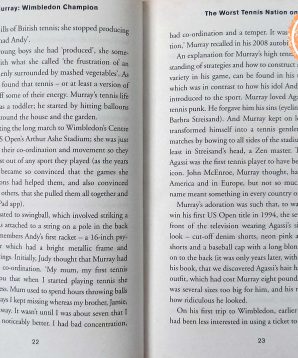 When Roger Federer and Rafa Nadal both exited in the first few days of Wimbledon 2013, the level of expectation on Andy Murray to become the first British champion of the men’s competition since 1936 rose to new heights. Two sets down in the quarter-final, he recovered to keep alive the hopes of a nation. Then, on a boiling hot Sunday afternoon, Murray faced up to the world’s best player, Novak Djokovic, with the title almost within his grasp. After three hours of tension, drama and sheer brilliance, Murray was Wimbledon champion and 17.3 million viewers, glued to the action, celebrated with him after his straight-sets victory.

But how had the man from Dunblane, Scotland, a country once characterised as the worst tennis nation in the world, risen to the top? In this fascinating and revealing biography, Mark Hodgkinson, who first interviewed Murray when he was just 17, looks into the people who have influenced the Scot’s career – his family, his coaches and his girlfriend among them – and assesses how he has won over a dubious and critical public. Murray’s story is extraordinary, and this book gets to the heart of that remarkable drama.