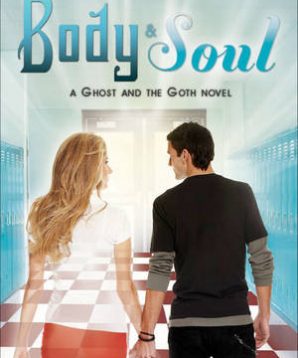 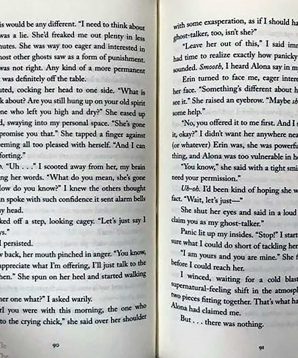 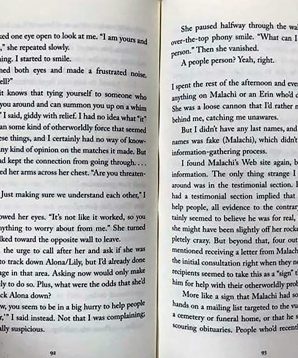 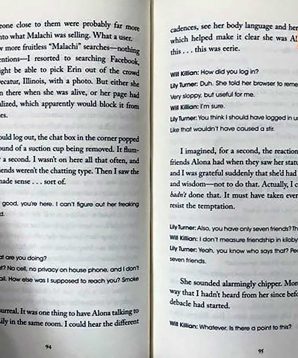 Alona Dare has been living as Lily “Ally” Turner for over a month… and it’s not been easy. Besides being trapped in a body so not as good as her original one, she’s failing miserably at playing the sister and daughter of people she barely knows. Plus, she can’t help but think that Will Killian – the boy she hates to care about – somehow wishes the real Lily were back.

She and Will have been trying to find a solution, looking for a two-for-one miracle that would free Alona and keep Lily alive. Visits to local psychics have proven useless, but then they stumble across Malachi the Magnificent, who seems to be different. His office is full of ghosts, for one thing. But Malachi doesn’t seem to hear or see them, which is odd. Plus, he bolts the moment he sees Will. To make things even weirder, Misty Evans, Alona’s former best friend, is waiting in Malachi’s lobby and claiming that she’s being haunted. By Alona.

Will’s convinced that Malachi has answers, while Alona is all kinds of pissed that someone’s impersonating her. But their efforts to uncover the truth will bring them much unwanted attention and put them directly in the path of a ghost who will stop at nothing for another stab at life. Even if it means destroying Alona.