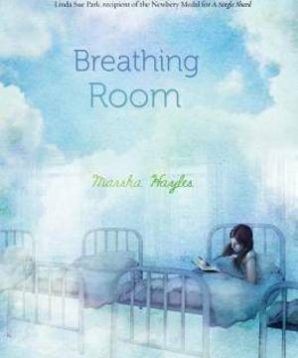 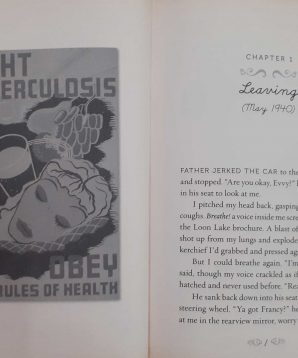 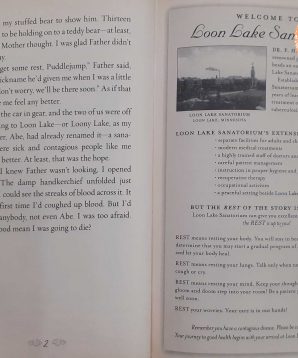 Evvy Hoffmeister is thirteen years old when her family brings her to Loon Lake Sanatorium to get cured of tuberculosis (TB). Evvy is frightened by her new surroundings; the rules to abide are harsh and the nurses equally rigid. But Evvy soon falls into step with the other girls in her ward. There’s Sarah, quiet but thoughtful; Pearl, who adores Hollywood glamour; and Dena, whose harshness conceals a deep strength. Together, the girls brave the difficult daily routines.

Set in 1940 at a time of political unrest throughout the U.S. and Europe, this thought-provoking novel sheds light on a much-feared worldwide illness. Hundreds of thousands of people died each year of TB, and many ill children were sent away to sanatoriums to hopefully recover.