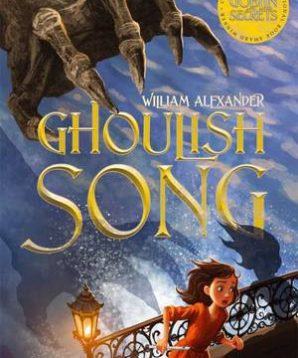 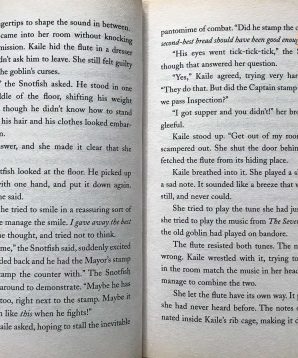 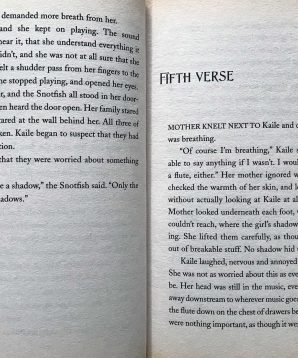 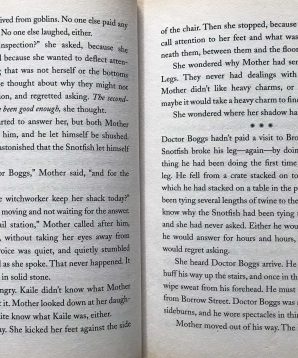 Kaile lives in Zombay, an astonishing city where goblins walk the streets and witches work their charms and curses. Kaile wants to be a musician like her grandfather, so she is delighted when a goblin gives her a flute carved out of bone. But the flute’s single, mournful song has a dangerous effect: it separates Kaile from her shadow. And anyone without a shadow is considered dead. Kaile tries to convince her family that she’s alive and breathing, but they force her to leave so she can’t haunt her former home.

Kaile and her shadow set out to discover why they’ve been separated. The flute that caused their troubles must be the key to fixing them – but the flute is also tied to a terrifying ghoul made from the bones of those who drowned in the Zombay River. With the ghoul chasing her and the river threatening to flood, Kaile learns that she has an important role to play in keeping Zombay safe. Will Kaile and her shadow be able to learn the right tune in time?

A brave girl sets out to find her place in a world that is both delightful and dangerous!