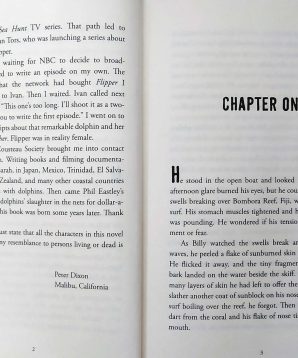 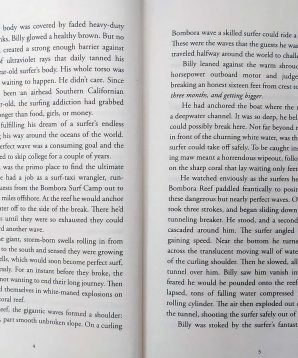 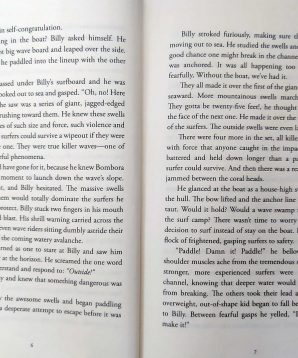 Billy Crawford is a blond, eighteen year old surfer from Southern California, working in Fiji as a surfing instructor. But when he gets fired for leading his students into some dangerous surf, his endless summer seems to be over, and he decides that it’s time to get a real job. He comes across a tuna clipper called Lucky Dragon whose crew is short a boatman, and the first mate offers him a job.

What Billy doesn’t know is that the clipper finds tuna by following dolphins. When Lucky Dragon sets its net for the first time, Billy witnesses a harrowing sight – dolphins being killed by the Dragon’s money-hungry pirates. When he attempts to save a dolphin who is caught in the tuna net, the Dragon’s captain tosses Billy and his belongings – including his surfboard – into the ocean and leaves.