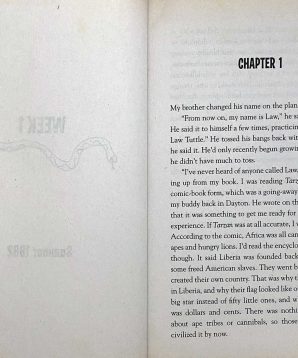 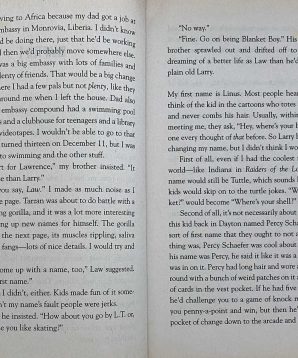 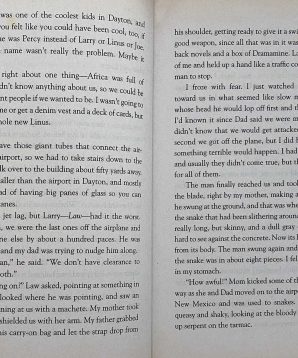 When his dad gets a job at the U.S. embassy in Liberia, twelve year old Linus Tuttle knows it’s his chance for a fresh start. Instead of being his typical anxious self, from now on he’ll be cooler and bolder: the new Linus.

But as soon as his family gets off the plane, they see a black mamba – one of the deadliest snakes in Africa. Linus’s parents insist mambas are rare, but the neighborhood is called Mamba Point, and Linus can barely go outside without tripping over one – he’s sure the venomous serpents are drawn to him. Then he hears about kasengs, and the belief that some people have a deep, mysterious connection to certain animals.

Unless Linus wants to hide in his apartment forever, he has to get over his fear of his kaseng animal. Soon he’s not only keeping a black mamba in his laundry hamper; he’s also feeling braver than ever before. Is it his resolution to become the new Linus, or does his sudden confidence have something to do with his scaly new friend?

From Kurtis Scaletta comes a humorous and compelling story of a boy learning about himself through unexpected friends, a fascinating place, and an extraordinary animal.