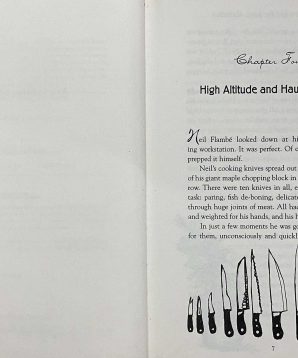 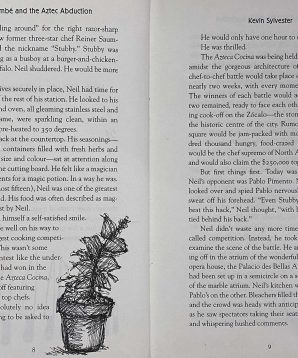 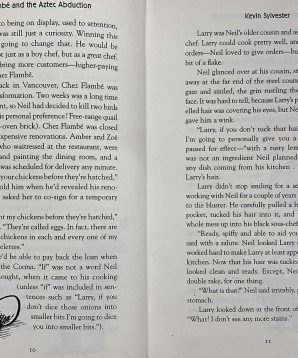 Neil Flambe and the Aztec abduction

Neil Flambe heads to Mexico City to take part in the Azteca Cocina, a two week battle of the chefs. But things start to go wrong at the very first battle. Neil’s box of secret ingredients contains more than he bargained for. There’s a note inside, telling him that Isabella has been kidnapped. He must lose in the final, or else she’ll be killed.The kidnappers are obviously having fun – with every ransom note they send, they include a lock of Isabella’s hair, not realizing how clever their captive really is! Knowing that Neil and his super-nose will be looking for her, Isabella does what she can to help, rubbing her hair in the smelliest thing she can find at each location.

In order to solve this mystery, Neil will need Larry’s knowledge of Mexican history and Spanish, Sean Nakamura’s portable forensic lab, and Angel Jicama’s mentorship. He’ll have to delve into Aztec history, symbolism, and even into the real ruins that are buried under the modern city. But will he figure it all out in time?