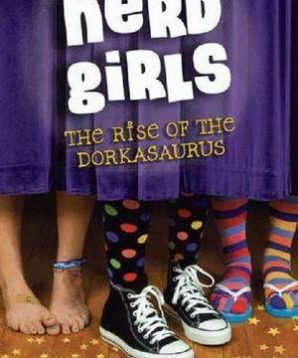 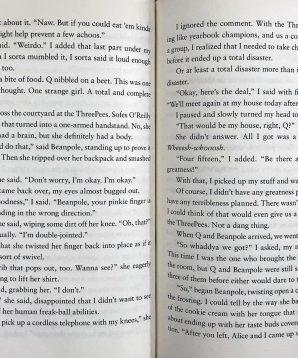 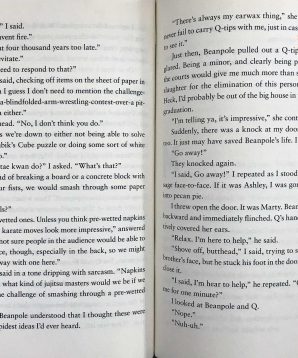 Nerd girls: the rise of the Dorkasaurus

Maureen, a thirteen year old self-proclaimed dork-a-saurus, is totally addicted to cupcakes and hot dogs and thinks that her body looks like a baked potato. Allergy-plagued Alice can’t touch a mango without breaking out in a rash, and if she eats wheat, her vision goes blurry. Klutzy to the extreme, Barbara is a beanpole who often embarrasses herself in front of the whole school. These outcasts don’t have much in common – other than the fact that they are often targets of the ThreePees: the Pretty, Popular, Perfect girls who rule the school.

But one day Maureen discovers that the ThreePees are planning to sit next to Allergy Alice in the cafeteria and eat peanut-butter-and-banana sandwiches on whole wheat toast with mango marmalade for lunch. And Maureen decides that it’s time to topple the eight-grade social regime. She joins forces with Alice and Barbara and the Nerd Girls enter the school talent show, determined to take the crown from the ThreePees. Will their routine be enough to de-throne the popular crowd? Or will their plan backfire and shake their hold on the bottom rung of the social ladder?