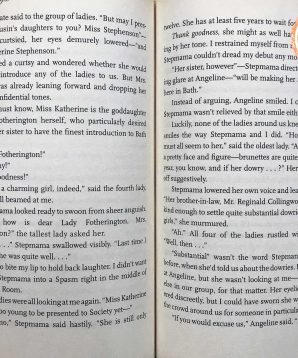 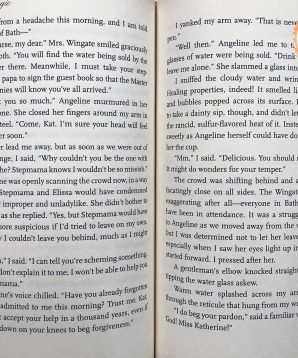 Nowhere in England is safe from the mischief and magic of Kat Stephenson: Her eldest sister has finally wed, but when a scandalous accusation threatens the marriage prospects of Kat’s second sister, Angeline, Stepmama swiftly whisks the family away to Bath in an attempt to outrun the gossip and betroth Angeline to a respectable suitor.

Meanwhile, Kat’s utter lack of ladylike propriety has prompted the powerful Lord Ravenscroft to expel her from the magical Order of Guardians – before her training has even begun! Anger and exile aside, Kat knows something is not quite right about Lord Ravenscroft.

Her insatiable curiosity and fierce loyalty to her family will have readers rooting for her all the way as Kat attempts to reunite Angeline with her true love and prove that she has what it truly takes to be a Guardian.