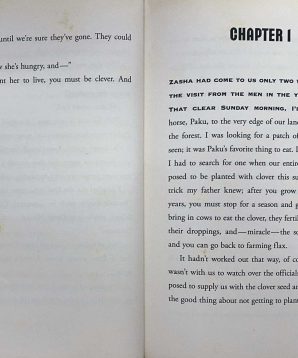 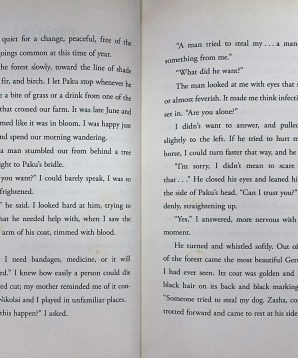 World War II has just ended when thirteen year old Mikhail finds a dying man and his German shepherd, Zasha, in the woods. It’s dangerous – some say traitorous – to own a German dog after Germany attacked Russia, so Mikhail must keep Zasha a secret to keep her alive.

But Mikhail’s rival, Katia, is determined to find the dog she is sure he’s hiding. At the same time, a soldier named Dimitri is breeding a new Russian dog at a nearby farm. So many dogs were lost in combat, to starvation, and in the slaughter of German dogs that the country is in dire need of every kind of dog.