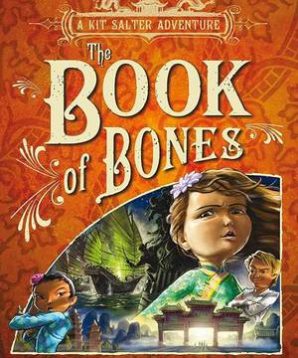 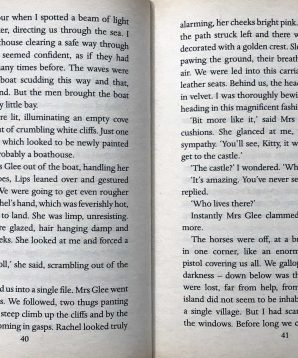 The book of bones

Kit Salter and her friends Rachel, Waldo, and Isaac tumble into another adventure when their coach is hijacked on the wilds of Dartmoor. Their arch enemies, the Baker Brothers, are behind the kidnapping. They force the children into a perilous voyage to China in search of a secret martial arts manual. From bustling Shanghai, their journey takes them to the hidden heart of Imperial China – Peking’s Forbidden City. En route they battle opium smugglers, pirates, and kung-fu fighters, before a climatic encounter with the mysterious Wooden Men – giant killers armed with lethal powers and a dastardly will of their own. As the twisting, thrilling narrative reaches its climax, will Kit and her friends be able to survive the danger and mysteries of China and win back their freedom?