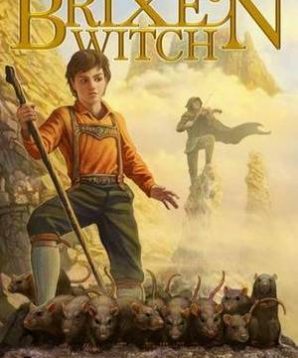 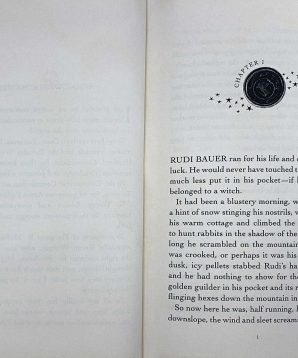 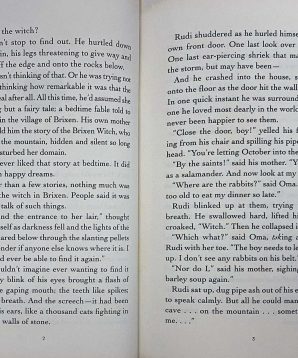 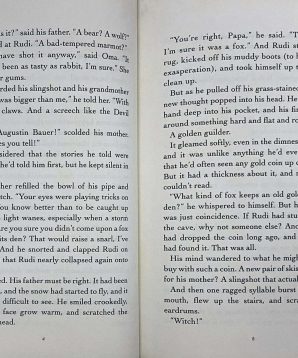 When Rudi Bauer accidentally takes a witch’s coin, he unleashes her curse. Accident or not, he knows he’s got to fix things, so he tries to return the coin, only to lose it on the witch’s magic mountain just as the snow comes. Plagued all winter by terrible dreams, Rudi tries to find the coin again in the spring, but it has vanished – and a plague of rats has descended on his village.

Then a stranger arrives and promises to rid the village of rats… for the price of the missing coin. Desperate to get rid of the rats, the villagers agree; but when they cannot pay, the stranger exacts a price too terrible for anyone to bear. Now Rudi is going to need all his courage – and some help from his savvy grandmother and a bold young girl – to set things right in this fast and funny adventure.