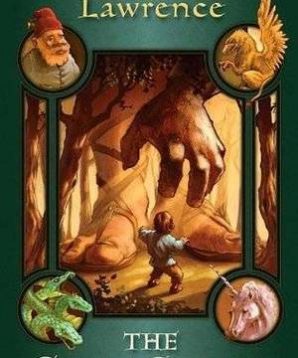 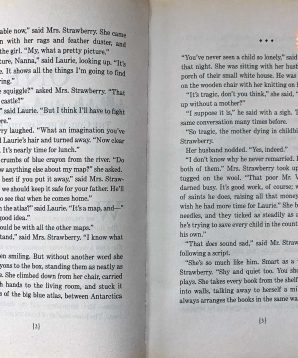 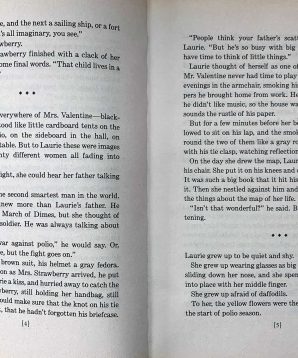 The spring of 1955 tests Laurie Valentine’s gifts as a storyteller. After her friend Dickie contracts polio and finds himself confined to an iron lung, Laurie visits him in the hospital. There she meets Carolyn and Chip, two other kids trapped inside the breathing machines. Laurie’s first impulse is to flee, but Dickie begs her to tell them a story. And so Laurie begins her tale of Collosso, a rampaging giant, and Jimmy, a tiny boy whose destiny is to become a slayer of giants.

As Laurie embellishes her tale with gnomes, unicorns, gryphons, and other fanciful creatures, Dickie comes to believe that he is a character in her story. Little by little Carolyn, Chip, and other kids who come to listen, recognize counterparts as well. Laurie’s tale is so powerful that when she’s prevented from continuing it, Dickie, Carolyn, and Chip take turns as narrators. Each helps bring the story of Collosso and Jimmy to an end – changing the lives of those in the polio ward in startling ways.